Free UK delivery on orders over £50!

Spray guns - what, why, how and other FAQs

It is normal to start spraying with aerosols. They are inexpensive, easy and convenient to use with a low 'cost of entry' as very little is required to get started. But what about when you want more control, or are doing more spray jobs? When is the right time to switch to using a spray gun? What are the advantages and disadvantages? What do you need? Read on to find answers to these questions and more.

What are the benefits of using a spray gun?

What are the disadvantages of using a spray gun?

These benefits need to be weighed up against the downsides vs. using aerosols:

Are aerosols or a spray gun right for me?

The combination of these advantages and disadvantages usually lead to spray-shops using a mixture of the two. A full spray gun setup is brilliant for production runs and full spray jobs, while the time-saving and ease of use makes aerosols ideal for repairs and smaller projects.

Ultimately, it is personal choice which route you go. Whether you use dartfords® aerosols or our neat coatings through a spray gun you will still be able to achieve a high quality surface finish. Which one works best for you will depend on how you balance the various characteristics of each. For me, there are a few deal-breakers on both sides of the argument:

Only do a few projects a year

Are coating a batch of identical items

Spray Gun - It will save on material costs, be faster, and more consistent

Are going in to production

Want to create your own colours

Spray Gun - aerosols are ready filled/mixed so cannot be tweaked

Want to use special coatings such as heavy flakes

What are the different types of spray gun?

There are three types of paint sprayer commonly available, each of which have their own characteristics and advantages. For most spray projects - including interior projects such as spraying furniture and craft items - we recommend HVLP sprayers.

HVLP stands for High Volume, Low Pressure. They work by pushing a large volume of low pressure air through a wide hose. This air picks up droplets of the finish as it flows through the spray head and nozzle. Being a low pressure stream of air, it creates less overspray giving more control for detailed finishes (such as sunbursts), and less material wastage (more ends up on the intended workpiece rather than in your filters).

Generally less expensive to buy than an equivalent HVLP kit (although this is becoming less and less the case when considering starter kits from Wagner), this uses a high pressure air line from a workshop compressor to fire coatings out the nozzle. Due to the high pressure they create a lot more overspray (and therefore waste a lot more material) compared to lower pressure HVLP kits.

Working at a very high pressure, these are best suited to outdoor applications where large areas need to be covered quickly, such as fences and decks. They do not offer the finesse of HVLP kits so are less appropriate for smaller interior projects.

Other than the spray gun, what do I need to get started?

So you've decided on a spray gun, but what else do you need in order to get spraying? We'll break it down into the three main areas:

Many coatings are solvent based, and even water-based finishes can adversely affect your health if the particles are inhaled or make contact with your skin and eyes. It is important to protect both yourself and your environment against this overspray and the vapours given off when mixing coatings.

For mixing and spraying a booth is recommended. This is too broad a topic for this particular blog post, but as an overview this should have the following characteristics:

For personal protection, we recommend the following:

It is also important to consider what to do if something goes wrong, for example a spillage or fire. This should form part of your risk assessment and it is important you make your own judgement on what is required for your premises. The below is not comprehensive professional advice, just a starting point:

Coatings often need to be mixed before use in a spray gun. This might be to tweak the colour to exactly what you need, or for mixing with thinners to get the coating to the right viscosity. For this we recommend:

Whether or not the coating is supplied ready to use varies by product, and even if it is you may wish to thin the product down for various reasons. Additionally, thinners are usually required for cleanup afterwards. Products that require thinning before use in a spray gun include:

Products which do not require thinning, or for which it is optional, include:

How to spray using a spray gun

While the recommended spray regime (number of coats, frequency) varies by coating, the technique and guidelines for spraying with a spray gun remain the same and are very similar to how we recommend using aerosols.

How to clean a spray gun

Any part of the spray gun which touches the coating needs to be cleaned out after every use. If the coating is allowed to dry/cure then cleaning it will become a lot harder, and will likely affect the performance of the spray gun. Inadequate cleaning can also cause mixing of the new coating with remnants of the old, affecting colour and coating performance. For a proper clean you will need:

We recommend the following stages to cleaning a spray gun:

The process may seem a little tedious but will save you trouble and expense down the line. This is especially true if using waterborne or catalysed finishes, as once cured these cannot be re-dissolved. The build up of these coatings inside the gun will eventually kill it, and before that there is a risk that dry flakes will come off and ruin your latest finish.

Empty any remaining coating from the pot into either a spare can (or suitable bottle) or, if it is waste, into your waste barrel. Wipe the pot with paper towel to remove as much of the remaining coating as possible.

Which solvent you use for flushing will depend on the finish you have used. For solvent-based finishes use gun wash. For water-based finishes use water. Pour some suitable solvent into the pot, so it fills the throat where the pot joins the gun plus a little bit more. Seal the pot and shake vigorously to clean the sides. Dispose of this now dirty solvent in your waste barrel. Add the same amount again and repeat until you are satisfied all of the coating in the pot has been dissolved and disposed of.

Using the same amount of solvent, flush through the gun (i.e. pull the trigger so the solvent comes out of the spray head) to clean the inside. Repeat this step until you are satisfied any coating inside the main passage of the gun has been dissolved.

However well the gun has been wiped and flushed through there will be spots inside the spray gun assembly where finish can pool or dry. As such, it is necessary to disassemble the spray gun to clean these areas. Disconnect the spray gun assembly from the air supply, and disassemble as per the manufacturer's instructions. Generally this will involve removing the paint cup, fluid needle, air cap and nozzle. Wipe any visible coating off, use the small brushes to reach awkward areas, and flush through one last time at the end. Once satisfied, dry and reassemble all parts.

Some spray guns specify they are for waterborne or solvent coatings, while some are universal and can handle both. The o-rings and seals in gravity fed solvent and universal spray guns like to be kept 'wet' with thinner to maintain their performance. If they dry out they can start to lose their seal, which will affect the performance of your spray gun. As such, we recommend leaving a small amount of thinners in the pot to prevent the seals from drying.

The opposite is true of spray guns design specifically for waterborne paints. These prefer to be dry, so always allow the clean components to properly dry out before reassembly and do not leave any solvent or water in the pot.

Air Head / Air Cap / Spray Head This is where the coating emerges from the nozzle and gets mixed with air, ejecting it from the spray gun and onto the surface being coated. Adjusting the Air Head can shape the spray pattern, allowing optimisation for different projects and areas.

Dip Tube Tube which goes from the spray gun assembly into the coating pot to draw coating up and through the nozzle.

Flow Regulator Part of the spray gun which controls the amount of airflow, and therefore the amount of coating, being sprayed. Over-tightening of this can cause drips.

HVLP High Volume Low Pressure, a type of spray gun that uses a large volume of air at a low pressure to spray liquid coatings.

Nozzle Part of a spray gun from which the coating is ejected. It passes to the air cap which atomises and directs the coating. Different size nozzles are available for different coatings, usually a smaller nozzle for thinner less viscous ones and a large nozzle for heavier coatings.

Overspray Coating and air are mixed together in air head and pass out of the gun. When aimed at the workpiece, some of this mixture will land and adhere to the intended surface. The rest will bounce off, not make it to, or miss the intended surface - all of this counts as overspray.

Spray Gun General term for a device that uses air or a pump to spray liquid coatings.

Surface Coating General term for a substance, usually a liquid, which can be applied to a surface, typically wood, to add colour, a special effect and/or protection. Examples include paint, lacquer, dye, oil and wax.

Tank / Pot Container for the coating which is screwed on to the spray gun, either above or below depending on the style of gun being used. It is often a good idea to have separate pots for frequently used coatings to speed up changeover time.

Trigger Variable trigger that activates/deactivates the flow of air and the coating. Smaller applications of the trigger will result in a lower flow. 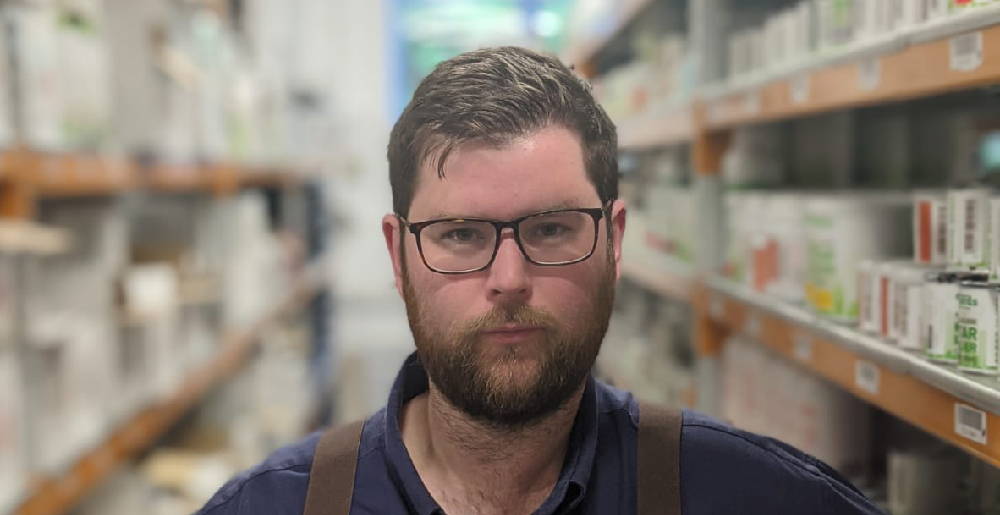 Thanks for reading. If you have any questions about or suggestions for this article please use the contact form. Look out for new articles every week!

Item is added to cart